Contents
What is USB-C?
What is MicroUSB?
Difference between USB-C and MicroUSB
The USB-C is faster in comparison to MicroUSB because it can transfer data at up to 40 Gbps
Considering future trends, it is better to use USB-C
What is the main significant Difference Between MicroUSB and USB-C?
MicroUSB VS USB-C: And the crowned winner is:

One of the most confusing aspects for people new to USB, is figuring out what cables, connectors, and ports they need. The reason being, they are similar in appearance and have many of the same functions.

It’s not just plug-and-play because there are different types of USB. So knowing which one you need will save you a lot of frustration down the line! But don’t worry, in this guide, we’ll explore how these two types (MicroUSB and USB-C) differ from each other, as well as how to identify them and use them correctly with your devices.

USB-C, short for (Universal Serial Bus Connector), is a new connector introduced in August 2014. The USB-C port and cable were designed to be slim, durable, and reversible.

USB Type-C is still relatively new, and most of the gadgets we use on a daily basis do not currently support it. USB Type-C is currently only found in Apple MacBook computers, certain Chromebooks and some recent laptop models, as well as some flash drives. It’s also found on the Nintendo Switch gaming system; some Android devices have also been adapting to its port.

Unlike the traditional micro USB (which looks like an old phone charger), it’s easy to identify by its flat shape with rounded edges on one side – no more fumbling around trying to find which way round your plug goes!

You can also use this guide as a reference when looking for accessories or replacement cables at online retailers.

MicroUSB is a proprietary connector type introduced in 2002. It’s been around for over 15 years and has become popular because it was used on the majority of Android devices before USB-C became available.

MicroUSB is a smaller version of the original USB connector. It’s sometimes called ‘mini’ or ‘micro’ and looks like an old phone charger with two flat sides, one on each side of the plug.

It is a type of USB connector, cable, and port used to charge devices with the exception of tablets.

Difference between USB-C and MicroUSB

MicroUSB is a more recent standard for data transfer, while the current reigning champion of charging cables is USB-C. As with any industry standard, there are some technical differences between what they can do and how they work in order to support these different types of devices.

Let’s look at those differences now!

These data transmission speeds are theoretical and based on the highest USB port transfer speed. In practice, however, USB-C vs micro USB’s data transfer rate differs depending on the exact devices. Some USB drives, for example, will be constrained by the speed of their flash memory.

USB-C is the newest, most advanced connector. A USB-C cable can carry power as well as data and video signals in both directions. The maximum voltage that a USB-C port supports ranges from 12 volts to 20 volts DC, with current limited to 100 milliamps (mA).

Considering future trends, it is better to use USB-C

Below are some of the reasons why:

What is the main significant Difference Between MicroUSB and USB-C?

There are many similarities between the two, but they have distinct differences. The main difference is that a micro USB connector has four pins in total. In comparison, a USB C connector includes 28 pins for its reversible design and power transfer capability on both ends of the cable.

MicroUSB VS USB-C: And the crowned winner is:

My inner feeling is letting me know that you already know the answer to this? USB-C outperforms micro USB in many ways, including data transmission speed, durability, compatibility, and charging speed.

Although micro USB is less expensive than Type C, the price difference is not significant. When compared to Type-C’s many advantages, its cost is relatively insignificant. Furthermore, the Type C port is being used in increasing devices, which is a compelling argument to use it.

To summarise, switching from micro USB to USB C is strongly advised. 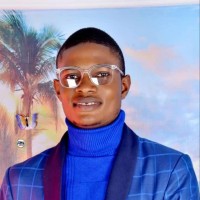 How To Reduce PDF File Size Without Loosing Its Quality

AT&T Reward Center: How To Claim Your Rewards At AT and T

How To Remove Contacts From Your Google Gmail Account